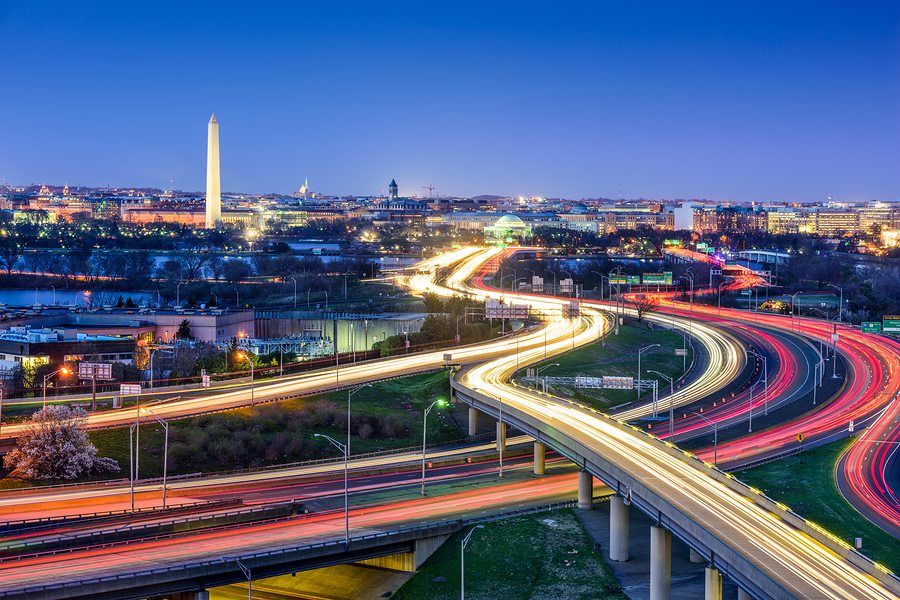 Are you moving to Washington, DC? There’s a lot to know about living in the greater DC area. From special jargon to the sky-high cost of living, you’ll want to be well informed before making this move.

DC Vocabulary You Need to Know Before Moving to Washington, DC

As you will quickly learn when moving to Washington, DC, everyday life here is loaded with acronyms! The vast majority will refer to federal agencies and people’s jobs. Here’s a cheat sheet:

USDA – US Department of Agriculture

The Departments of the Interior, Treasury, Commerce, Education, Interior are most often referred to as just one word –  “Commerce” for example.

COS: Chief of Staff

What You Should Know about Locations in the DC Metro Area

“The Beltway” refers to Interstate 495, a 64-mile highway loop around the nation’s capital. It includes parts of both Virginia and Maryland, passing through Prince George’s County and Montgomery County in Maryland, and Fairfax County and the City of Alexandria in Virginia. It does not go through any parts of Washington, DC proper. It is one of the busiest in the nation and is known for its often troublesome traffic. Traffic reporters will refer to the inner and outer loops of the Beltway. The Beltway is designated as the “Inner Loop” when Traveling clockwise and the “Outer Loop” when traveling counter-clockwise.

The Beltway is often used to describe where real estate is located (“I must live inside the Beltway!”) and when referring to issues dealing with American government and politics (“Inside the Beltway, experts say….”).

NOVA refers to Northern Virginia, which is certainly considered a region, but one without defined boundaries. Typically, “NOVA” refers to Arlington, Fairfax, Loudoun, and Prince William counties as well as the independent cities of Alexandria, Fairfax, Falls Church, Manassas, and Manassas Park.

NOVA can also refer to Northern Virginia Community College, which has campuses throughout the area.

The Department of Defense Dictionary qualifies National Capital Region as the region encompassing the District of Columbia and eleven neighboring jurisdictions in the State of Maryland and the Commonwealth of Virginia. The Maryland jurisdictions are Montgomery and Prince George’s counties, and the municipalities of Bowie, College Park, Gaithersburg, Greenbelt, Rockville, and Takoma Park. The Virginia jurisdictions are Arlington, Fairfax, Loudoun, and Prince William counties are included, as are the cities of Alexandria, Fairfax, Falls Church, Manassas, and Manassas Park.

K Street, NW is more than just a main street in the District. The term typically refers to the lobbying industry as K Street is home to countless law and lobbying firms plus many think tanks and advocacy groups.

PG County refers to Prince Georges County in Maryland. While there is also a Prince William County in Virginia, it is never referred to as PW County.

The Hill simply refers to Capitol Hill. Many people will say they work “on the Hill” which can mean anything from lobbying to working for a member of Congress.

DC sports fans are crazy for their teams! To sound like a local, however, never refer to the teams as the “Commanders,” “Capitals,” or “Nationals. They are simply the “Caps,” and “Nats.” And it’s not Nationals Park – just Nats Park. While the Caps and Wizards officially play at Capital One Arena, many locals will refer to it as the Cap One.

Commuting in the Washington, DC Area

When moving to Washington, DC, get ready to deal with traffic. The DC area is notorious for its terrible traffic. Become familiar with (and use!) the plentiful public transportation options in the area. Many people in the DC area regularly bike to work. The region has a vast network of trails connecting the suburbs to the District, The Pentagon, and Old Town. 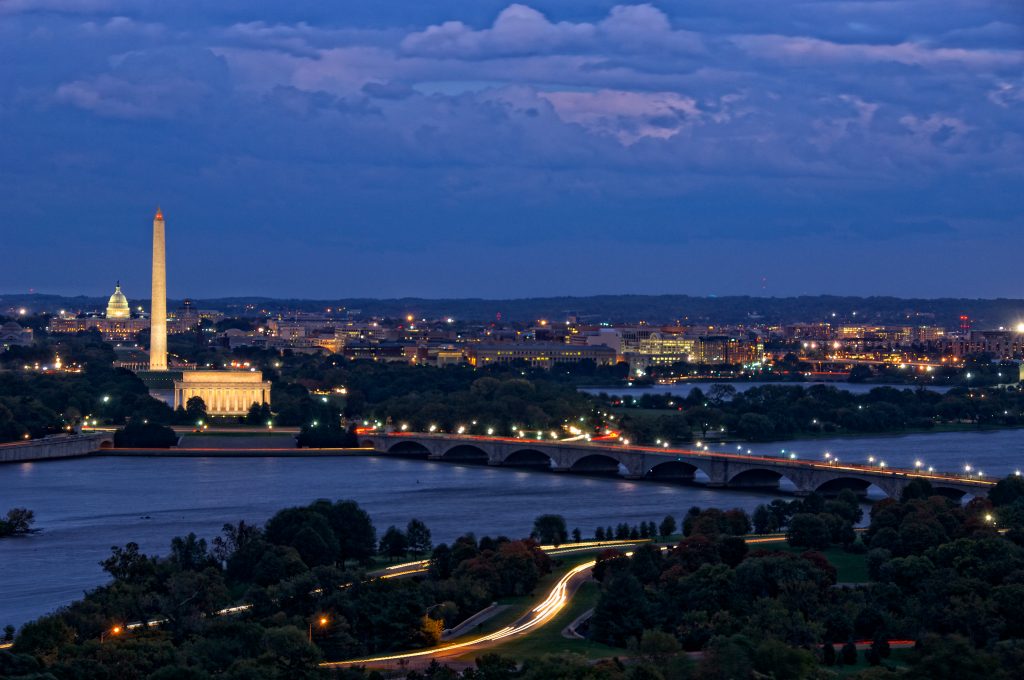 Most people know HOV means High Occupancy Vehicles. Only vehicles with the required occupancy, are allowed to access HOV lanes. On most local roads, the HOV requirement is either 2+ (i-66) or 3+ (I-95/395 & the Beltway) people per car. People may be less familiar with HOT or High Occupancy/Toll. lanes. These are HOV lanes that also allow lower occupancy vehicles to gain access to the lanes by paying a toll. Generally speaking, HOVs can use HOT lanes at a discount or free of charge.

VRE refers to the Virginia Railway Express, which provides commuter rail service from the Northern Virginia suburbs to Alexandria, Crystal City, and downtown Washington, DC, along the I-66 and I-95 corridors. VRE operates 30 trains from 18 stations and serves 20,000 passengers on a daily basis.

Perhaps the most mind-boggling DC practice, slugging is essentially carpooling with a rotation of other commuters (ones you don’t know) to gain access to the HOV lanes. Slugging is unique to the DC area and many people have used it as their regular means of commuting for more than 30 years. Slugging primarily take place along the I-95/395 route to and from Springfield, Woodbridge, Stafford, and Fredericksburg, but there is a route along I-66 from Manassas/Centreville as well. You can read more on slugging in our article on commuting from Alexandria to DC.

The DC area is fortunate to have three major airports all relatively close to downtown Washington, DC: Washington Dulles International, Baltimore-Washington International, and Reagan National Airport. Most people refer to these as Dulles, BWI, and National/Reagan-National.

The Details on Cost of Living

Generally speaking, when looking across the District, Northern Virginia, and the Maryland suburbs of DC, housing becomes increasingly affordable as you get further away from the center of the District. The highest housing prices are concentrated in a few areas like Georgetown, Dupont & Logan Circles, Kalorama, Arlington, Alexandria, McLean, Great Falls, Bethesda, and Chevy Chase.

COLA is not Coke, but the acronym for Cost of Living Allowance, a supplemental allowance designed to help offset higher prices in the highest cost locations in the US that exceed the costs in an average location by more than 8 percent.

Locally, average property tax rates are as follows: Maryland is 1.1% which is #22 nationally, Virginia is .78% which ranks #37 nationally and DC is .57% bringing up the rear at #46 nationally. While the District has the lowest property taxes of the three states, housing prices are higher in the city. In the end, tax difference between the three jurisdictions is usually evened out by other tax implications.

How to Find Your Dream Location When Moving to Washington, DC

Of course, before you begin moving to Washington, DC, be sure to reach out to an expert!  We are happy to help match you with a neighborhood and a home you will love!

Here are some other articles you may find helpful for moving to Washington, DC & the DC Metro area.

If you would like help with your move to the area, please reach out! We are always happy to help.