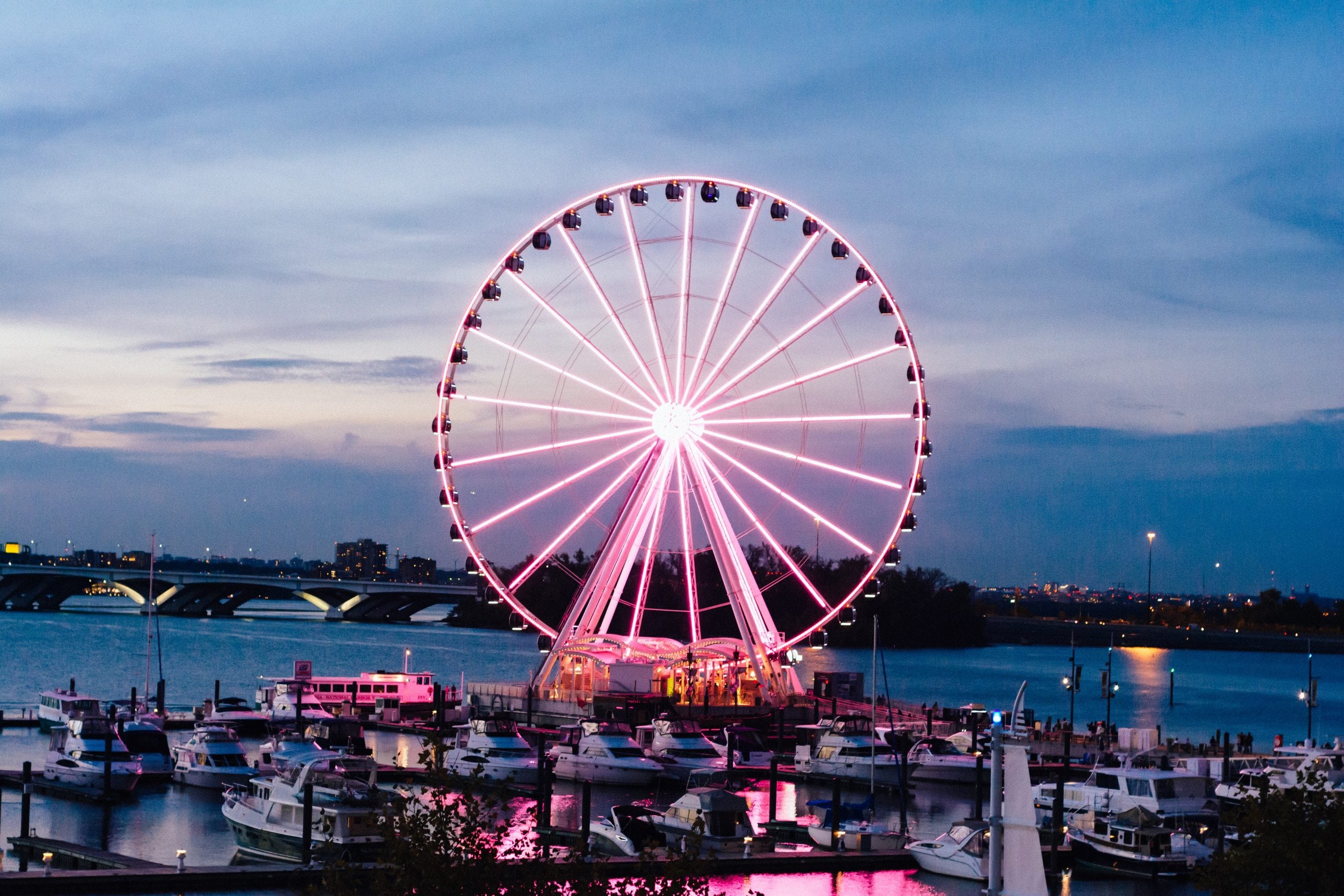 National Harbor is a newer (2008) mixed-use development located on the Potomac River, directly across from Old Town Alexandria and just off I-495 and I-295. While Metro does not run directly to the National Harbor, there is a shuttle to the nearby Branch Avenue station on the Green line. Water taxi service runs between National Harbor and Alexandria.

While not well-known as a residential community, National Harbor does feature some contemporary, waterfront condos.

The area is also home to a marina and hotels including the Gaylord National Resort & Convention Center. It also boasts the National Children’s Museum and 180-foot Capital Wheel, which offers breathtaking city views. The MGM National Casino opened in 2016 and offers its own upscale shopping and dining opportunities. There are a variety of events and festivals that run year round and draw large crowds. Nearby Miller Farms visits the National Harbor every weekend between May and October to hold a farmers market.

Several well-known national restaurants like McCormick & Schmick’s and Elevation Burger are located at National Harbor, along with some local flavor from McLoone’s Pier House and The Walrus Oyster & Ale House. Many national retailers have storefronts at the National Harbor as well, such as Carhartt, Life is Good, Charming Charlie, and Tervis. Tanger Outlets also is located in National Harbor and includes designer shops such as J.Crew, Kate Spade, Elie Tahari, Diane von Furstenberg, Michael Kors, Coach, Cole Hahn.